The deepening cold war between the US and China will be a bigger worry for the world than coronavirus, according to influential economist Jeffrey Sachs.

The world is headed for a period of «massive disruption without any leadership» in the aftermath of the pandemic, he told the BBC.

The divide between the two superpowers will exacerbate this, he warned.

The Columbia University professor blamed the US administration for the hostilities between the two countries.

«The US is a force for division, not for cooperation,» he told me in an interview with BBC’s Asia Business Report.

«It’s a force for trying to create a new cold war with China. If this takes hold – if that kind of approach is used, then we won’t go back to normal, indeed we will spiral into greater controversy and greater danger in fact.»

Mr Sachs’s comments come as tensions between the US and China are continuing to grow on several fronts – not just trade.

This week President Trump signed legislation authorising US sanctions against Chinese officials responsible for the repression of Muslims in Xinjiang province.

And in an interview with the Wall Street Journal President Trump said he believed China might have encouraged the international spread of the virus as a way to destabilise competing economies.

The Trump administration has also targeted Chinese companies, in particular Chinese telecoms giant Huawei, which Washington says is being used to help Beijing spy on its customers. China denies this, as does Huawei.

But President Trump’s tough stance on China and Huawei may have all been part of a political ploy to get himself re-elected – at least according to a new book by former National Security Advisor John Bolton.

«The US lost its step on 5G, which is a critical part of the new digital economy. And Huawei was taking a greater and greater share of global markets.

«The US concocted in my opinion, the view that Huawei is a global threat. And has leaned very hard on US allies… to try to break the relations with Huawei,» he said.

The US is not the only country that China has been locked in conflict with.

This week tensions have flared at the India-China border, with at least 20 Indian soldiers killed in some of the worst violence the two sides have seen in almost fifty years.

Meanwhile, China has been actively funding economic projects in Pakistan, Myanmar, Sri Lanka and Nepal – India’s closest neighbours – which have rankled fears in Delhi that Beijing is trying to cut off its influence in the region.

Mr Sachs admitted that China’s rise is of concern to its neighbours in Asia – especially if it doesn’t do more to assuage fears that it is trying to grow in a peaceful and cooperative way.

«Do I believe that China could do more to ease fears which are very real? I do,» he told me.

«The big choice frankly is in China’s hands. If China is cooperative, if it engages in diplomacy, regional cooperation and multilateralism, in other words – soft power – because it is a very powerful country…. then I think that Asia has an incredibly bright future.» 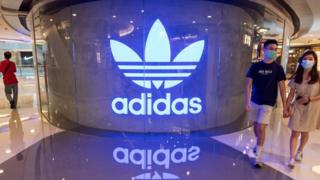