«Unscrupulous» firms are promising NHS workers big savings through tax dodging schemes that could leave them out of pocket.

The firms, which operate at the fringes of the law, target key workers drafted in to help with the coronavirus crisis, a BBC Money Box investigation found.

Social media adverts push workers toward some umbrella companies that take a hefty cut of their salaries.

In return, these companies hide a portion of their pay from the taxman.

But Her Majesty’s Revenue and Customs (HMRC) has said signing up with these firms, which it described as «unscrupulous», could leave key workers facing large, unexpected tax bills.

One advert on Twitter says: «If you’ve been drafted in to reinforce the NHS response to the #coronavirus pandemic, we want to assist you.»

When operating legitimately, working through an umbrella company can make it easier to take on jobs for multiple employers at once.

But one company told Money Box that it was possible to save thousands of pounds a year legally by hiding a large chunk of a worker’s salary from the taxman.

Posing as a healthcare worker on a salary of £145 a day, our reporter was told by Dark Blue Professional, a UK-registered umbrella company, that they could take home 78% of their salary, which is more than they would have made through a standard umbrella company.

Kay from Dark Blue Professional explained how the scheme works: «You receive one payment which is a PAYE [pay as you earn] salary payment, that’s taxed and you receive a payslip – and the residual balance is then paid as an investment payment.»

«You receive your second amount into your account…and because it’s done that way there is no tax liability on the second proportion,» she told us.

As a result, a healthcare worker earning £725 per week would be able to pocket £60 more than if they used a standard umbrella company.

But what Kay did not say is that Dark Blue Professional would take £80 a week in fees, four times the industry standard, and that the government would be cheated out of up to half the tax that it should have received.

Kay insisted the scheme is tax compliant. But similar types of scheme have been challenged by HMRC in the past, which has left thousands of workers with crippling tax bills.

Some even faced losing their homes, leaving their finances in tatters.

Responding to the findings of Money Box investigation, Judith Freedman – professor of taxation law and policy at Oxford University – said: «There’s a strong likelihood that HMRC will challenge them [the schemes] successfully.»»Not only could the individual taxpayers be left with a big tax bill and a lot of hassle, but they have already paid relatively large fees to the promoters, so they are much worse off than they would have been doing things in a straightforward way,» she said.»It is distressing that people are trying to sell these schemes with…minimal explanation of the risks. Everything possible needs to be done to stop the firms doing this before ordinary taxpayers get caught up in it.»

Money Box also spoke to a broker from Contracting Scout, which actively targets key workers with adverts on Twitter and LinkedIn.

«Tim», from Contracting Scout, offered to sign us up with an umbrella company also offering 78% take home pay.

He explained that the umbrella companies he works with «are taking advantage of a few tax loopholes» and admitted that «the government doesn’t like it».

«They [the government] do try and legislate against it, but legislation is extremely slow, so once the new legislation moves in there’s a hundred different umbrellas that pop up next week with a different type of payment structure which doesn’t get captivated by the law.

«So the goal posts are always moving and the providers are always trying to cater to that,» he said.

Neither of the two companies responded to the findings of our investigation.

«Our advice has always been to steer well clear of such schemes, and to report them to us in confidence for investigation».

There are more details of this story on Money Box and you can follow Anna and Money Box on Twitter. 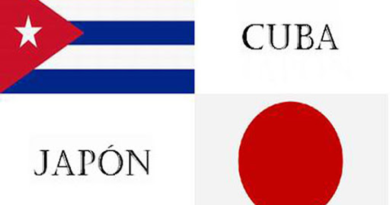