Unprecedented is a dangerous word in journalism, but this really hasn’t happened before.

On Wednesday, four of the biggest names in tech will give evidence to members of the US Congress.

Jeff Bezos – the world’s richest man – has never testified before either house. They have never all been quizzed together.

How these tech bosses do, how they stand up to scrutiny, could be a defining moment in their future relationship with government.

Central to the interrogation will be whether these tech giants are simply too big.

The Covid pandemic has put this into sharp focus. Where other companies have struggled, Big Tech companies have thrived. Together they are now worth $5tn dollars. It’s led to accusations that – just like the banks – they are simply too big to fail.

The number of complaints levelled at these companies are so numerous they are too many to name individually here.

Jeff Bezos posted his opening statement to Congress on Tuesday.

«At Amazon, customer obsession has made us what we are, and allowed us to do ever greater things,» he says.

«I believe Amazon should be scrutinized,» he adds. «We should scrutinize all large institutions, whether they’re companies, government agencies, or non-profits. Our responsibility is to make sure we pass such scrutiny with flying colours.»

The general theme though is that these companies don’t just run services – they own the internet’s utilities. The charge is that they use that commanding position unfairly at the expense of others.

Take one of the criticisms against Amazon, for example, that it promotes its own products over others on its Amazon marketplace.

Or Apple charging a 30% cut on the money generated from apps that use the App Store.

The complaint from app makers: where else do we go to sell our apps? Apple and Google (which respectively own iOS and Android, the operating systems of almost all the world’s smartphones) control the market, and so control who gets to play and who doesn’t. And they of course get to set the charges.

Google too, with its dominant search engine, has been accused (and fined) before, for burying competitor searches. Once again, the accusation is that no one company should have such a commanding position in an essential part of our internet.

And there are general criticisms that can be levelled at all the tech giants too. For example the alleged Copy/Acquire/Kill strategies that all four are accused of using.

Copy others’ ideas, buy a company that threatens you – and even potentially kill it off. Is this just shrewd, albeit ruthless business? Or is this Big Tech flexing its muscle unfairly?

Here’s why this has been such a difficult area to police. Traditionally, anti-competition law – in this case «anti-trust» law – has been focused on consumer pricing.

In a typical monopoly or cartel, there’s a simple test. Are consumers paying more because of a lack of competition?

The US «trusts» of the early 20th Century – from which the anti-trust legislation derives its name – were found to be driving up prices. Companies like Standard Oil and railway companies used their dominant position to hurt consumers.

That’s much harder to prove with these tech companies.

For example Facebook, Instagram and WhatsApp are free. Amazon often drives down prices to beat competition. Google’s search engine is free. YouTube – owned by Google – is free. And apps on iPhones can often be downloaded for free.

So what’s the problem?

That is the heart of the argument. Critics say that these companies hurt consumers in a more subtle way, killing off smaller companies and strangling other businesses. The charge is that they are in fact damaging the economy.

That’s what legislators are looking to examine.

Anti-trust campaigners have already lost one battle before the hearing even begins. They wanted to have the tech bosses grilled one by one.

«We want to leave as little room as possible for them to hide behind each other,» Sarah Miller, from the American Economics Liberties Project, told me last week.

But that’s not going to happen. They’ll be questioned together and the hearing will – perhaps aptly – be virtual.

There are also worries that members of Congress will use the occasion to grandstand – to strut and preen – rather than asking the more difficult technical questions that might catch them out.

Off topic questions are also likely – particularly for Mark Zuckerberg. For example, Facebook is currently the focus of an advertising boycott. It’s accused of being too slow in removing racist and hateful content, and that could well be a line of questioning.

And of course, ahead of the US elections, Facebook should expect incoming from both Republican and Democratic members of Congress. Democrats are generally concerned about far-right content on the platform, Republicans that the company is structurally left-wing. And of course there are still concerns of foreign interference.

Expect China to come up too – and for it to be brought up by the tech bosses. With companies like TikTok and Huawei attracting the ire of the Trump administration, one defence will go something like: «Break us up, overregulate us, and you give Chinese tech companies more power.»

Trying to prize the four away from their scripts is going to be the toughest job. That worked most effectively during Mr Zuckerberg’s interrogation on Capitol Hill in 2018. But that’s harder said than done.

Congress has a big opportunity here. The chance to really cross-examine these powerful men doesn’t come often, and the evidence they give could shape their future relationship with government and their customers.

But whatever happens on Wednesday, this won’t be end of the story. Earlier this week, the Senate Judiciary Committee’s anti-trust panel said it would hold a hearing in September to discuss Google’s dominance in online advertising. 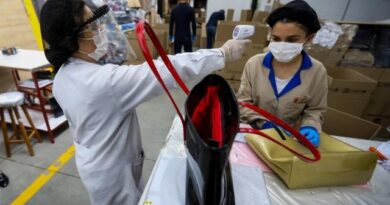