Shorts and raincoats have been snapped up as returning shoppers kept one eye on the UK’s unpredictable weather.

M&S said nine out of 10 bestselling menswear items were shorts, while it flogged 1,000 raincoats in the first few days of reopening.

There’s been a huge demand for men’s socks ahead of Father’s Day.

The department store chain reopened 13 shops this week and now said a further nine will reopen their doors next week.

The details emerged after the first week that clothes and homeware shops – deemed non-essential – have been allowed to re-open since lockdown.

Retailers have also been buoyed by news that store sales partly recovered in May, driven by DIY stores and garden centres reopening amid the lockdown.

«We’ve seen our customers coming out on a mission – be that something for growing kids or new summer items for a family picnic,» said Alison Grainger, head of clothing & home retail for M&S.

«Unsurprisingly, purchases have reflected what’s been selling well throughout this unprecedented time – casualwear, activewear, basics – items we all need for the new normal.»

One surprisingly in-demand item at John Lewis has been the humble button.

«Buttons and fabric have been really popular as many people are looking to create their own unique facemasks at home, but buttons are also useful for creating ‘ear savers’,» the store said.

Ear savers are straps with buttons at each end that face masks can be attached to, rather than being hung on ears.

At M&S,, shoppers were buying Father’s Day gifts with many dads likely to be handed t-shirts o Sunday, perhaps along with new socks.

But that was far outstripped by the number of women’s tops sold.

The chain sold 43,000 womenswear t-shirts on Monday, with the best-seller a navy jersey t-shirt.

M&S installed perspex screens at till points and used a new counting app to ensure stores were managing the flow of customers in and out.

«Our aim is to help our customers shop clothing with confidence, with extensive measures in place to ensure social distancing,» said Alison Grainger.

John Lewis said its «careful» reopenings have given it confidence to announce the return of more stores next Thursday, including Peter Jones in London’s Chelsea.

«We are already applying lessons learned from our first store openings earlier this week,» said Berangere Michel, director for customer service at the chain.

«We found that in some shops we were able to increase the number of customers and still maintain robust social-distancing, and made our signage clearer in order to help customers navigate the changes.»

Customers at the department store are still be able to touch products, lie on beds, try on and test wipeable products such as sunglasses, prams, and tech products, he added. 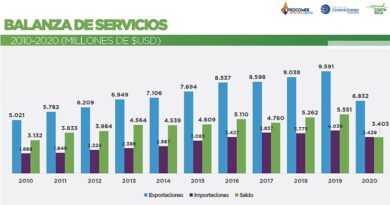