Abolishing 213 smaller councils in England and replacing them with 25 new local authorities could save almost £3bn over five years, a report says.

The report for the County Councils Network says one body in each area would reduce complexity and give communities a single unified voice.

However, others argue bigger councils are unwieldy and undemocratic.

The government is expected to publish its own proposals on overhauling local government in the autumn.

Plans could include scrapping district and county councils in England in favour of fewer, larger authorities which control all services in their area.

County councils, including Surrey, North Yorkshire and Leicestershire, have developed or are already developing plans to replace county and district councils in their area with a single body.

In most of England, local government operates under a two-tier system, with both a county council and a district council providing services.

Each county is subdivided into areas represented by district councils. These councils are responsible for rubbish collection, housing and planning.

Some parts of the country – usually cities or larger towns – are governed by unitary authorities which provide all local government services.

The report carried out by PriceWaterhouseCoopers argues that merging district and county councils in a mid-sized county area into single organisation could save £126m over five years and £2.94bn nationally.

However it also warns that creating two unitary authorities in one county would reduce the savings by two thirds.

Cllr David Williams, chairman of the County Councils Network, who commissioned the report, said there was a «compelling» financial case for creating more unitary authorities.

Speaking to the BBC, he said that in his county of Hertfordshire there are 11 local authorities. «That means there are 11 chief executives, 526 councillors, 10 planning teams – so there is an awful lot of complexity, and there is a lot of cost.»

The network also noted «speculation» that the government could set a population limit of 600,000 people for each unitary authority and argued that «splitting historic counties» would produce «a worse deal for local taxpayers».

It also suggested that establishing more than one unitary authority in a county would mean splitting up children’s social services and adult social care departments, risking instability.

Sharon Taylor, Labour leader of Stevenage Council, told the BBC her local county Hertfordshire, with its population of around 1.3 million, is «just too big» to be represented by one single council.

«That is centralising local services which seems entirely wrong,» she said, adding that Britain has the «least representation at local level of anywhere in Europe already».

«That real democratic voice that people have at local level is really important to them,» she said.

While the leaders of larger county councils are advocating a shift to unitary authorities, several smaller district council leaders are opposed to the idea.

This includes Conservative council leaders, which could prove to be a political headache for government.

Despite that, ministers have signalled that they’re likely to advocate fewer, larger authorities – and possibly more elected mayors – when they publish a paper on devolving power in the autumn.

Giving councils more clout to make decisions on behalf of their local areas is, the government says, part of its attempt to ‘level up the country’.

But beyond any argument about reforming structures sits the question of finance. Councils in England have long argued budgets are so stretched that some services may become unsustainable.

The government has made more money available during the Covid pandemic and says it’s given councils more spending power.

But for social care services in particular the pressure is acute, and how to reform – and fund – that struggling sector still seems far from settled.

Have we become too reliant on Big Tech firms? 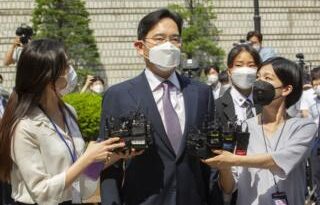