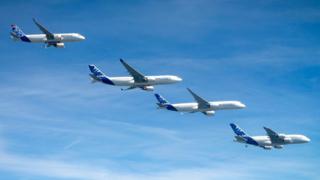 Aerospace giant Airbus says it plans to cut 15,000 jobs as it deals with the effects of the coronavirus crisis.

It will cut 1,700 jobs in the UK, along with thousands more in Germany, Spain and elsewhere.

The move is subject to talks with unions which have opposed compulsory redundancies.

The Unite union said the Airbus announcement was «another act of industrial vandalism» against the UK aerospace sector.

Some 134,000 people work for Airbus worldwide, with around a tenth of them in the UK.

The firm said the UK cuts would fall only on the commercial aircraft division at its two sites at Broughton in Flintshire and Filton, Bristol.

More details of the job losses and how they will break down between the two giant factories will come at the end of the week after talks with unions.

These cuts were inevitable. The only question was just how severe the pain would be.

The Covid-19 pandemic has been little short of catastrophic for the airline industry. At one point in April, global air traffic was down by more than 90%.

The result? Airlines are struggling to survive and simply can’t afford to take on new planes right now. And that, of course, means Airbus has had to curb production.

Airbus has delayed these cuts and has made full use of support from governments. But ultimately it had little choice.

And the pain being felt in places such as Broughton, Toulouse and Hamburg will echo through the entire supply chain.

The firm expects to make the cuts by summer 2021, but hopes the majority of redundancies will be voluntary or through early retirement of staff.

The company warned in April that it was «bleeding cash at an unprecedented speed» as it struggled with the impact of the coronavirus crisis.

It said on Tuesday that production had dropped by 40% in recent months, and that it did not expect air traffic to get back to pre-pandemic levels until 2023 at the earliest.

«Airbus is facing the gravest crisis this industry has ever experienced,» said Airbus chief executive Guillaume Faury. «The measures we have taken so far have enabled us to absorb the initial shock of this global pandemic.

«Now, we must ensure that we can sustain our enterprise and emerge from the crisis as a healthy, global aerospace leader, adjusting to the overwhelming challenges of our customers.»

News of the cuts comes as the international aviation industry reels from the impact of coronavirus. On Tuesday, EasyJet said it would close bases and cut about 2,000 staff.

And Reuters reported that Air France/KLM was targeting more than 6,500 job cuts over the next two years.

«Labour has consistently called for an extension to the furlough in the most impacted industries, and a sectoral deal that supports the whole aviation industry including securing jobs and protecting the supply chain, while continuing to press for higher environmental standards.»

The BBC has contacted the government for a comment. 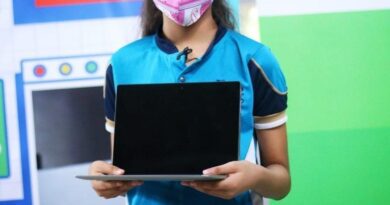