It began when Laura Towler, a far-right vlogger based in Yorkshire, praised her local brand for not having voiced support for the movement.

Yorkshire Tea said it had not yet commented on the BLM protests as it had been «taking time to educate» itself.

In recent days, brands across the world have shown their support for Black Lives Matter following the death of George Floyd, the black man who died while being restrained by a Minnesota police officer.

Yorkshire Tea, which is owned by Taylors of Harrogate, said: «We stand against racism.»

PG Tips, which is owned by consumer goods giant Unilever, soon lent its support to its rival as right-wing commentators urged a boycott on Twitter.

«If you are boycotting teas that stand against racism, you’re going to have to find two new brands now #blacklivesmatter #solidaritea,» the brand tweeted.

It prompted a flurry of support online, with some saying the brands had made them feel proud to be British.

There were also calls for other big tea brands, such as Twinings and Tetley, to show their support of BLM.

Some, however, accused Yorkshire Tea of «virtue signalling», noting the tea industry’s historical associations with colonialism and slavery.

Others accused it of supporting riots, while Ms Towler changed her Twitter profile to read: «Disavowed by Yorkshire Tea.»

It is not the first time Yorkshire Tea has become embroiled in politics. In February, it was attacked by left-wing critics on Twitter after newly appointed Chancellor Rishi Sunak was photographed posing next to a big bag of its tea.

The firm quickly made clear that it had not been forewarned the chancellor would associate himself with the brand.

However, it also urged its critics to «try to be kind», adding that the company had a human as well as a corporate face.

‘Hate in the shadows’

Other brands to have voiced support for Black Lives Matter protests around the world include Nike, Netflix and Microsoft.

On Monday, Amazon boss Jeff Bezos shared an email exchange with a customer who had criticised his firm’s support of the movement and used racist language.

In a statement on his Instagram page, Mr Bezos said: «This sort of hate shouldn’t be allowed to hide in the shadows. You’re the kind of customer I’m happy to lose.» 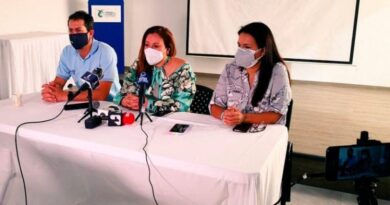 Coronavirus: Welsh pubs and cafes reopen – but only outdoors