Technology giants are facing calls from news publishers for a better share of revenues from Australia to America.

US news outlets, including the New York Times, have asked Apple to reduce the cut it takes when subscriptions are taken out on its app store.

Earlier this week Google clashed with an Australian watchdog that wants it to pay more for the news content it uses.

As online firms like Apple and Google have grown, many news providers are struggling to survive.

Digital Content Next (DCN) – a trade body which represents the New York Times, the Washington Post and the Wall Street Journal – wrote to Apple chief executive Tim Cook on Thursday.

The major US publishers are asking for better terms when people take out subscriptions to their news platforms via Apple’s app store.

The iPhone maker currently takes a commission from publishers of between 15% and 30% for first-time subscriptions.

However, DCN points out that Amazon enjoys a reduced rate from Apple as it meets certain conditions.

News publishers want to know what these requirements are so they can be offered the same terms, according to the letter written by DCN chief executive Jason Kint.

Apple is also involved in a dispute with Epic Games, the makers of the popular Fortnite video game over revenue it earns from its app store.

The gaming firm has started legal action after being taken off Apple’s app store following the fallout. Epic Games is unhappy about the 30% cut Apple takes when players make in-game purchases via the app store.

Fellow tech giant Google is currently involved in a battle with Australia’s competition watchdog over the payment of news content it uses on its site.

The Australian Competition and Consumer Commission (ACCC) has published draft legislation which called on internet firms such as Facebook and Google to pay for the content they repost.

Google attacked the proposals this week saying its YouTube and Search features could be «dramatically worse» if new rules were brought in.

This relates to a recommendation from the ACCC that Google shares more data with publishers about its users, and alerts them when it changes its algorithms.

While Google says it does pay for some news content it uses, the Australian regulator wants to “level the playing field” so publishers can negotiate these rates.

Some business experts argue that it’s only fair that the search engine giant pays publishers for their quality news content that it reposts.

“Low quality ‘headline’ news will probably always be free, but added value journalism has a significant cost and if that cost cannot be monetised, it will be devalued or it will disappear,” warned Michael Wade, a professor at the IMD Business School in Switzerland and Singapore.

“Google, Facebook and others have been getting away with giving it away for free for too long,” Professor Wade told the BBC.

Google says it is currently working on a global licensing programme to pay publishers for high-quality content that it hopes to roll out later this year.

This will help publishers monetise their content and “lets people go deeper into more complex stories, stay informed and be exposed to a world of different issues and interests,” said Google spokesman Brad Bender.

“The very content creators that have done so much for Google are in danger of extinction if Google doesn’t do a better job of sharing the gains from its technology with the actual content creators,” added financial technology entrepreneur Dr. Richard Smith. 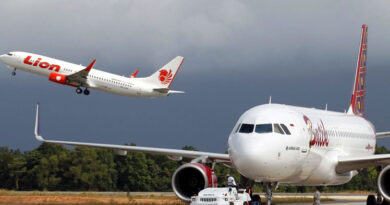 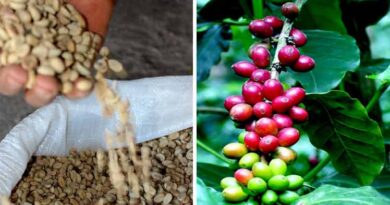