As the nation gradually unlocks, nightclubs and soft play centres still don’t know when it will be their turn to reopen.

«On Friday there was the devastating news that everybody else apart from ourselves and nightclubs could open,» says Janice Dunphy, owner of the Web Adventure Park indoor play centre in York.

«We’ve been closed now 133 days so it’s really difficult to accept,» she told BBC Radio 5 Live’s Wake Up To Money.

Indoor play centres, along with nightclubs, have not yet been given permission to reopen and so far no date has been set for them to work towards.

That’s leaving business owners such as Janice unable to plan for a return of their customers and the financial boost that would provide.

Recent weeks have seen non-essential shops, theme parks and outdoor play areas reopen and at the start of August it will be possible for bowling alleys, casinos and ice rinks to welcome customers back.

But as Boris Johnson announced the lifting of those restrictions, as well as a return to full services for beauticians, he added: «Nightclubs and soft play areas will sadly need to remain closed for now – although this will be kept under review.»

Janice says: «My financial director told me we have to lose £200,000 off our wage bill over the next 18 months. Some of the staff that we’ve had to let go have families.»

For the Web Adventure Park that meant significant redundancies, as they could not afford for furloughed staff to continue accruing holiday pay.

«We used to have 65 staff but I’ve just made nine redundant and had to lay 20 off temporarily. Then we have 20 staff working in the nursery, which is still open.

«The ones we have had to lay off are mostly the younger workers, the 18-year-olds.»

Janice is not just a business owner, she also sits on the management committee for the British Association of Leisure Parks, Piers and Attractions.

It claims that up to two-thirds of soft play centres could close by October if they don’t receive support that reflects their extended lockdown.

«We have supported everything that we’ve been asked to do,» says Janice. «I actually produced the reopening protocol that was approved by [the Health and Safety Executive] so we’ve ticked every box as far as we’ve been asked.

«We would remove ball pits and anything that was a potential hazard would be taken out. Our members have foggers that they can clean surfaces with.»

«However there’s been no clarity, nothing has come back from government. There’s questions as to why certain industries that are indoors that have large numbers like inflatables parks, like trampoline parks can open but we can’t.

«If we had some idea of why, if we could speak to the government and ask why we could answer some of the questions but we’ve had no communication at all.»

The nightclub sector is another that remains locked down despite the easing of restrictions elsewhere.

«I think what’s really frustrating with our nightclub is we just have no idea when we might be able to reopen and it’s really hard to plan that way,» says Charlie Gilkes, a nightlife entrepreneur and the co-founder of Inception Group, which includes a nightclub.

«We understand that nightclubs are quite hard to operate with any social distancing in place, they are social environments, but we just need to have some sort of clarity of when they think it will be, even if that’s next year.

«And we need some sort of promise that the furlough scheme will be extended for nightclubs so that our staff can remain on that and there can be some specific support for the businesses which aren’t allowed to open.»

A Ministry of Housing, Communities and Local Government spokesman said: «We recognise the frustration of businesses which have had to remain closed because of the pandemic and we are working to help them reopen as soon as it is safe.

«We are also providing businesses and their employees with an unprecedented package of support during this national emergency including £330bn worth of government backed and guaranteed loans and the Coronavirus Job Retention scheme.»

You can hear more of these interviews by downloading the Wake Up To Money podcast. 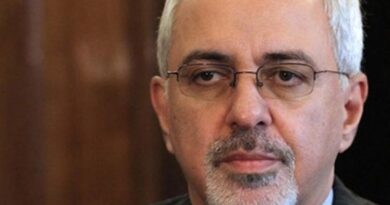 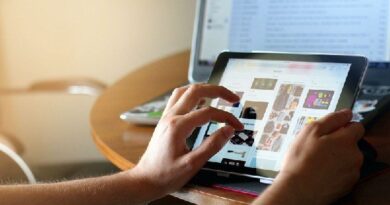