Penny and Phil Davis have worked hard to get their businesses going. They work out of the same clinic in Cheshire.

Phil set up as a sole trader four years ago, doing permanent make-up and medical tattooing. This year, he managed to turn a profit. Skin therapist Penny is director of her own limited company, and had grown confident enough to take on staff.

Then, the pandemic hit.

Being forced to stop work in March was a huge blow. As leaseholder on the business premises Phil did receive a £10,000 local authority grant. That has gone on rent and other costs.

As a sole trader, Phil also applied for the government’s Self-Employment Income Support Scheme (SEISS), hoping that would tide him over. But losses incurred in two previous years due to set-up costs, meant he could not receive any money.

Now, he feels it’s necessary to fold his business and seek employment instead.

«Coming to terms with the fact has been incredibly difficult,» he says.

«It will break my heart to have to walk away but there is no sense in paying to keep a business open with all of the associated costs, whilst accumulating eye watering debts. Five months without earning any income and there’s no date on the horizon.»

As a limited company director, Penny was not eligible for SEISS. Her only option was to furlough herself and her staff.

«But because most of my income comes from dividends not my salary, I personally only receive just over £500 per month through this,» she says.

Despite taking out a bounceback loan out of desperation, she says: «I’m considering closing. I won’t rule out getting a job, for example, in a supermarket.»

Some self-employed people in other industries are also being forced into a change in direction.

Ben Delfont has 25 years’ experience as a freelance stage manager working on plays, musicals and events, including the London 2012 Olympics opening and closing ceremonies.

When the production he was due to work on was postponed, he lost a year’s work contract. «The impact on people in the industry is really sad», he says.

He did receive a SEISS grant and picked up bits of work from friends. However, his income was still so much lower than it would have been in normal times, it barely covered his costs.

With no idea when live events would start again, Ben decided to seek employment elsewhere. «I successfully applied for a job as a Waitrose delivery driver. A lot of theatre people are working in supermarkets now. It’s not forever, unless I discover I have a passion for it!»

The Professional Lighting and Sound Association trade body says 70% of staff working on live events are freelance or self-employed, and fears the industry will end up depleted of skilled people.

Overall, the number of people in the UK counted as self-employed has grown strongly in the past two decades, rising from 3.2 million in 2000 to more than five million at the end of 2019.

They range from building contractors to hairdressers, taxi drivers to management consultants and medical professionals. Sole traders, freelancers and directors of limited businesses can all come under the self-employed banner.

The long-term growth trend stuttered when the pandemic – and resulting lockdown – struck.

Figures from the Office for National Statistics covering March to May indicated there had been a record fall of 178,000 in the number of self-employed compared with the previous quarter.

Tony Wilson, director of the Institute for Employment Studies (IES), says «it is very worrying» and he predicts a further fall.

«Right now, the level of self-employment is likely to be close to 4.5 million, I would think. Within that you have people who aren’t trading at all but still say they’re self-employed, even though they don’t have any income, or have heavily reduced hours.»

Hannah Slaughter, an economist at the Resolution Foundation, pointed out that 5% of self-employed people ceased working altogether in April as the crisis hit, and many more reduced their hours either due to falls in demand or increased health risks and care duties.

Some 2.7 million claims for SEISS grants, worth a total of £7.7bn, have been made. Applications for a second, final, grant open on 17 August.

But Andy Chamberlain, director of policy at the Association of Independent Professionals and the Self Employed (IPSE), believes those who did not meet the criteria for these one-off grants will make up a large proportion of those who stopped being self-employed.

«I can only imagine some of those people felt they had to close their self-employed business,» he says.

«It seems to me these people have said ‘I’m not self-employed now because I’ve given up, I’ve stopped my business for the foreseeable future’.

«Perhaps they went to find an employed role if they could get one, or went onto Universal Credit. If they were supported inside one of these generous schemes they’d probably say I’m just waiting for things to get better, I’m still self-employed and the government is supporting my income.»

He thinks a range of groups have been affected, but fears for company directors like Penny in particular.

«They’ve been hit by a double whammy. The pandemic has caused well-publicised problems, they haven’t been able to access SEISS and not really the Job Retention Scheme.»

However, the IES’s Tony Wilson suspects any fall in self-employment will be temporary: «Looking ahead, you would expect there to be more pressure on hours, pay and job quality during the recovery. In the medium term we’ll see more people in less formal, more self-employed jobs. They may be less secure than employees, so the risk is you get a compositional shift towards less secure self-employment.»

At IPSE, Andy Chamberlain also remains convinced self-employment will surge back in the long term.

«I think firms will be looking to take on that flexible style of working. Lots of people are looking for portfolio careers. They like the flexibility that comes with self-employment. I think that will continue.» 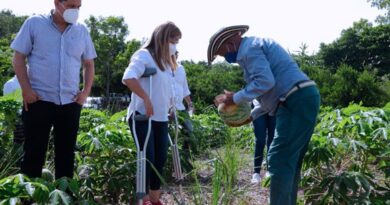 Why is Croatia on the quarantine list? And other questions