«I only do a part-time job but it gives me independence,» Nikki Pinnington, 44, tells the BBC. «Now I will have to rely on my husband for the first time in my life. It’s unnerving.»

Part-time hairdresser Nikki Pinnington has been furloughed since March and home-schooling her 11-year-old son Cosmo, while her husband – the family’s main breadwinner – continues to work full time.

However, she now fears she won’t be able to go back to work if hairdressers as expected reopen in July due to a delay in English schools reopening.

The government had promised that all pupils would be able to go back on 4 July, but scrapped the plan this week because it feels schools aren’t ready.

«I can’t see how I’ll feasibly go back to work,» Nikki says. «The summer clubs I would normally use aren’t running and my grandparents and in-laws are in the high-risk category for coronavirus.

«Hairdressing is an incredibly close contact profession and my husband is an estate agent, so we would not feel confident putting them under that risk.»

‘Risk of dropping out’

She thinks working mothers are getting a «bad deal» during lockdown, as they typically earn less than their husbands and, in a scenario such as hers, will usually be the first to sacrifice their jobs to look after the children.

And she is not the only parent lamenting the government’s decision.

Since March, only essential workers have been able to access schooling for their children, meaning many parents have spent the last 11 weeks struggling to balance working from home and childcare.

Many had hoped for a short break before the summer holidays began, but now the vast majority of pupils won’t return until at least September. To add insult to injury, the usual summer holiday childcare options such as activity camps or relying on grandparents are still off-limits because of coronavirus.

«Extended school closures are likely to place further pressure on working parents and require employers to be flexible and creative in response,» says Claire McCartney, senior inclusion adviser at the Chartered Institute of Professional Development (CIPD).

«If parents aren’t supported through this challenging time, there’s a real risk of them dropping out of work altogether or reducing their hours.»

Sally Jones, 48, says she was «devastated» by the government’s decision, having really struggled to work and home school her two daughters.

The part-time university administrator currently handles the lion’s share of childcare in the house as her husband works full time. As a result she says she feels «stressed and exhausted».

‘It just tears you up’

«I’m always distracted and don’t feel I am really doing either my job or the home-schooling properly,» Sally says.

«No one is asking how parents are getting on, it just tears you up. I feel we have been left to pick up the pieces and deal with this on our own.»

Some warn the burden of childcare during extended school closures is falling disproportionately on women.

The Institute for Fiscal Studies says mothers in different-sex couples are one-and-a half times more likely to have lost work than fathers during the pandemic. And according to CIPD research, 44% of women say their financial security has worsened, compared with 35% of men, since the lockdown began.

What are your rights?

Gemma Rosenblatt, head of policy at the Fawcett Society, which campaigns for women’s rights, warns there is a risk of creating a «two-tier workforce».

«[We could see] parents and particularly mothers losing out on work because the childcare simply isn’t there. It’s not just schools – there are signs that huge numbers of nurseries and childminders are at risk of closing.»

The government will introduce a «flexible furlough» scheme in July, which should help some parents. It will enable employees to go part-time to look after their children while claiming 80% of the lost income, although employers must consent.

The Treasury has also reversed its position on statutory maternity and paternity leave, allowing parents who return to work in the coming months to access the coronavirus job retention scheme (or furlough scheme).

But the TUC wants the government to go further, by pledging to extend the flexible furlough scheme – which ends in October – until all children can go back to school.

It is also calling for stronger flexible working laws to protect working parents permanently. UK workers have the right to ask their employers for flexible working hours, but TUC research suggests one in three requests is denied.

«Ministers have previously said they will make flexible working a default right for all workers from day one in the job, and they must now urgently make good on that promise,» said general secretary Frances O’Grady.

Employers are watching the situation closely.

The Confederation of British Industry says getting children safely back to school will be critical to the UK’s economic recovery after lockdown and to stopping children falling behind outside the classroom. However, it says public health must remain «the number one priority».

A Treasury spokesman said: «The Coronavirus Job Retention Scheme has been extended until October, meaning that it will continue to support people as they move back into work and we get the UK economy up and running again.

«We will continue to look at ways that support people returning to work and have announced that critical workers will continue to receive 30 hours of free childcare even if their income falls due to coronavirus.» 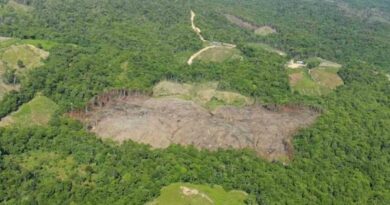 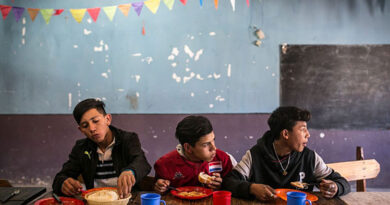 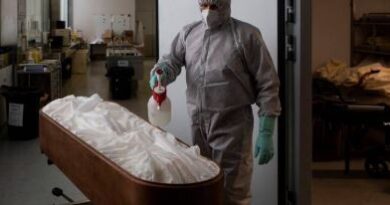