British actor and activist Emma Watson has joined the board of French fashion giant Kering, owner of the Gucci label.

The Harry Potter star, a well-known supporter of eco-friendly fashion, will chair Kering’s sustainability committee after shareholders backed the move.

Kering has faced criticism over its sustainability record.

Ms Watson, who rose to fame playing Hermione Granger in the Harry Potter films, is known for wearing sustainable clothes from top-tier designers for red carpet events and other public appearances.

Along with other campaign work, she is the face of the Good On You app, which rates fashion brands on their ethical and sustainability credentials.

The app has been less than complimentary about top Kering brands such as Gucci, Saint Laurent and Balenciaga, rating them only «Not good enough» or «It’s a start».

Due to its long supply chains and energy intensive production, the fashion industry consumes more energy than the aviation and shipping industry combined, according to the UN. It also responsible for producing large amounts of waste and polluting waterways.

But luxury firms, like many more mainstream brands, have been trying to bolster their sustainability credentials as they attempt to win over younger shoppers.

British designer Stella McCartney – who ended a partnership with Kering last year – is currently advising the board of LVMH, which owns Louis Vuitton among other luxury brands, on environmental issues.

Kering itself is trying to reduce its environmental impact, having cut back on the number of collections it produces and making 67% of the energy it uses renewable.

The firm’s board appointments also come as companies face pressure to improve the diversity of their leadership.

Ms Liu, who is based in Beijing, has helped to build Didi into a multi-billion dollar transport business with 550 million users worldwide, and was ranked among Time magazine’s 100 Most Influential People in 2017.

Mr Thiam, who was born in Ivory Coast, has led both Credit Suisse and insurer Prudential. He left Credit Suisse in February after it emerged that two former employees had been put under surveillance, although Mr Thiam denied knowledge of the operations.

Kering boss François-Henri Pinault praised the new board members’ «knowledge and competences, and the multiplicity of their backgrounds and perspectives». 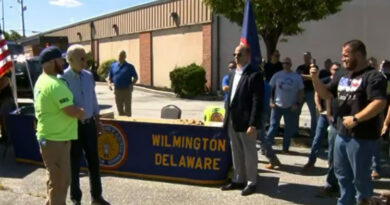