EasyJet has been accused of intending to use pilots’ sickness records when drawing up plans for over 700 job cuts.

The Balpa pilots’ union said it was «unnecessary and wrong», claiming the airline was risking safety because unwell staff would report for work.

EasyJet acknowledged general absenteeism could form part of its assessment.

However, the airline said it had only put forward initial proposals to Balpa and talks were at a very early stage.

EasyJet is planning 727 pilot redundancies as part of up to 4,500 job cuts and a restructuring that includes closing bases at Stansted, Southend and Newcastle airports.

The airline has blamed the collapse in air travel due to the coronavirus pandemic.

Ahead of the start of formal talks, Balpa said the airline has told pilot representatives it will use sickness as a component in choosing who loses their job.

Brian Strutton, Balpa’s general secretary, called it outrageous. «Flight safety is built on a culture of openness and not fear of repercussions. This is a well understood and fundamental tenet for everyone involved in ensuring our skies are safe.

«It is unnecessary and wrong that easyJet is intending to use sickness as a stick to beat its safety-critical staff. EasyJet has in the past rightly encouraged pilots to report in sick or fatigued if they are unfit to fly – that is in everyone’s best interest.»

He said EasyJet was planning to use the start of the coronavirus period as part of its sickness timeframe, when staff may have been sick or shielding themselves.

But the airline rejected Balpa’s claims: «We would never put forward proposals which would compromise safety as we have an industry-leading safety culture, as Balpa acknowledges.

«Safety is our number one priority and we are focused on doing what is right for the long term health of the company and our people so we can protect jobs going forward,» the airline said in a statement.

The airline said it is still setting out formal proposals for talks with Balpa, and while sickness might be one of the proposed criteria, the focus would be on attendance and conduct.

EasyJet said any general absentee assessment would be based on data from before coronavirus hit.

The airline said: «We are focused on doing what is right for the long term health of the company and our people so we can protect jobs going forward.»

Meanwhile, EasyJet said it had begun re-building its summer schedule and would be flying to and from all its UK bases across July and August, but at reduced capacity.

«We continue to monitor the flight volumes every two weeks and adjust capacity accordingly to latest booking trends,» the EasyJet said. 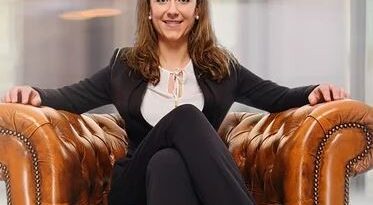