Donald Trump has said the US should get a cut from the sale of TikTok’s US unit if it is bought by an American firm.

The US president said he made a demand for a «substantial portion» of the purchase price in a phone call at the weekend with Microsoft’s boss.

He also warned he will ban the app, which is owned by China’s ByteDance, on 15 September if there isn’t a deal.

ByteDance is under pressure to sell its US business after Mr Trump threatened a crackdown on Chinese tech companies.

The Trump administration has accused TikTok and others of providing data to the Chinese government – which Beijing and TikTok deny.

«The United States should get a very large percentage of that price, because we’re making it possible,» Mr Trump said.

«It would come from the sale, which nobody else would be thinking about but me, but that’s the way I think, and I think it’s very fair,» he added.

The request for payment to the US Treasury further complicated negotiations as legal experts highlighted that such a demand to secure regulatory approval for a takeover deal would be highly unorthodox.

Nicholas Klein, a lawyer at DLA Piper, said generally «the government doesn’t have the authority to take a cut of a private deal through» the Committee on Foreign Investment in the United States, which is the inter-agency committee that reviews some foreign investments in the US.

Talks over a potential deal looked to have been derailed on Friday when Mr Trump said he opposed Microsoft buying TikTok’s US business.

While Mr Trump now giving his approval to a possible takeover is a major shift in the White House’s position, the tight deadline for talks is another major hurdle for any potential deal.

TikTok’s US operations «will close down on September 15 unless Microsoft or somebody else is able to buy it and work out a deal, an appropriate deal so the Treasury… of the United States gets a lot of money,» he said.

Also on Monday, White House trade adviser Peter Navarro suggested that Microsoft could shed its holdings in China if it buys TikTok’s US business.

«So the question is, is Microsoft going to be compromised?» Mr Navarro said in an interview with CNN.

He went on to say: «Maybe Microsoft could divest its Chinese holdings?»

Microsoft confirmed on Sunday in a blog post that it would continue discussions on a potential deal with TikTok after a call between its chief executive Satya Nadella and Mr Trump.

The technology giant declined to comment further on the conversation between Mr Trump and Mr Nadella beyond Sunday’s blog post.

Also on Sunday, US Secretary of State Mike Pompeo said President Trump would take action «in the coming days» against Chinese-owned software companies that he believed posed a national security risk.

Speaking to Fox News, Mr Pompeo also said that TikTok was among those «feeding data directly to the Chinese Communist Party».

Meanwhile, the state-run China Daily newspaper said on Tuesday that Beijing would not accept the «theft» of a Chinese technology company.

The state-backed paper also said in the editorial that China had «plenty of ways to respond if the administration carries out its planned smash and grab». 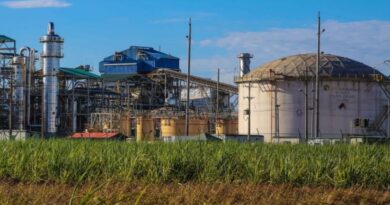