Debenhams is to reopen its first stores in Northern Ireland on Monday, followed by 50 shops in England the week after.

It says three stores with street access in Belfast, Newry and Rushmere will be able to open following updated guidance from the NI Executive.

Debenhams collapsed into administration for the second time in a year in April after coronavirus ramped up the pressures facing the business.

It has struck deals with landlords to keep 120 stores open.

However, 17 stores will remain closed for good when coronavirus lockdown restrictions are lifted. It is still in discussions over a «handful» of others.

The future of its five main stores in Wales has been secured after it reached agreement on business rates. Debenhams had threatened to close them if it did not get the same level of support enjoyed by its stores in England.

Steven Cook, managing director of Debenhams, said: «We are delighted to be welcoming customers back to our stores in the coming weeks.

«From the installation of perspex screens at till points to the roll-out of social distancing procedures and PPE, we have been working hard to ensure our colleagues and customers can work and shop with confidence.

«Our reopening plans follow the successful conclusion of lease negotiations on 120 stores, meaning that the vast majority of our stores will be reopening.»

Meanwhile, the administrators have written to creditors with an update.

When Debenhams collapsed into administration, the business owed £155m to creditors, including many suppliers.

It is still unclear how much will be paid and to whom.

Debenhams has also been cutting jobs at its head office and closing the majority of its store cafes in a bid to cut costs and become a leaner business.

A total of 4,000 jobs will be lost as a result of these changes, as well as the 17 store closures.

The key question now is whether the chain can be rescued from administration as a going concern.

It is in what is being described as a «light touch» administration, where the current management has remained in place.

Its lenders are said to remain supportive. They took control of the chain after it collapsed into administration last year, after struggling for years to keep up with the competition.

The business may not exit administration until the new year.

Administrators and lenders will no doubt want to see how the business performs post-lockdown, as well as the crucial Christmas trading period, in order to be confident it has a viable future in its current form.

Debenhams will be back in business on the High Street along with its rivals this month, but it still has a long and difficult journey ahead. 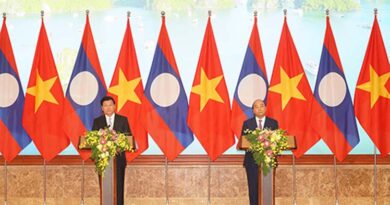