The chief executive of CrossFit has quit after causing offence with remarks about the death of George Floyd and the resulting protests.

Mr Glassman acknowledged having caused a «rift» in the CrossFit community.

His exit came on the day of Floyd’s funeral in Texas. The unarmed black man died last month after a policeman in Minneapolis knelt on his neck.

How did Glassman resign?

In a statement on Tuesday, Mr Glassman said: «I’m stepping down as CEO of CrossFit, Inc, and I have decided to retire.

«On Saturday I created a rift in the CrossFit community and unintentionally hurt many of its members.»

He added: «I cannot let my behaviour stand in the way of HQ’s or affiliates’ missions. They are too important to jeopardise.»

His statement was followed by another from Dave Castro, his successor at the helm of the company.

The incoming CEO said: «CrossFit is a community – one that is global, diverse, and tough.»

He added: «Our community is hurt, though. Our shared bond brings together millions of people with differing opinions, viewpoints, and experiences.»

Mr Glassman conceived the company as a high school gymnast in his parents’ garage in California. It is now affiliated with an estimated 13,000 gyms worldwide.

What was the controversy?

He also called an affiliate «delusional» for questioning why CrossFit had been silent on the killing in Minneapolis.

According to Buzzfeed, hours before posting the fateful tweet, Mr Glassman had told gym owners on a private Zoom call: «We’re not mourning for George Floyd – I don’t think me or any of my staff are.

«Can you tell me why I should mourn for him? Other than that it’s the white thing to do.»

What was the response to his remarks?

Hundreds of affiliate gyms have removed CrossFit from their branding.

One of these gyms, Petworth Fitness in Washington DC – formerly CrossFit Petworth – wrote on Instagram: «For a brand that has preached about being ‘for all’, the deafening silence on current and past issues of racism tells us all we need to know.»

It added that it would donate its annual affiliate fee – $3,000 – to the Black Lives Matter DC and Know Your Rights anti-racist campaign groups.

Adidas AG, which owns Reebok, also issued a statement confirming it was ending its relationship with CrossFit.

«Recently, we have been in discussions regarding a new agreement, however, in light of recent events, we have made the decision to end our partnership with CrossFit HQ,» the company said in a statement to AFP news agency.

I wanted to start by saying that I am incredibly saddened, disappointed and frustrated with the actions and words of Crossfit HQ and in particular Greg Glassman. I’m deeply apologetic from the bottom of my heart to all the people who have had to witness this ignorance and the pain it causes. A lack of acknowledgement and empathy for those who are fighting for basic human rights and equality is simply inexcusable and it’s behaviour that we cannot stand for. It has made both Shane and I incredibly ashamed to be a part of an organisation that we have dedicated so much of ourselves to. If it has us angered and disappointed like we are, we couldn’t even begin to imagine how these words and actions affect the extremely diverse global community of crossfitters and supporters who have all dedicated so much time, money and passion to the sport. But this is much bigger than the sport. For those who continue to be dismissive of inequality, you must understand that this is a truly GLOBAL issue and we NO longer can sit idle and do or say nothing. It’s on ALL of us to keep fighting the cause globally until systemic racism and the inhumane treatment of black communities around the globe no longer exists. I said earlier that this issue is much bigger than sport, yet sport and the functional fitness space has a really important part to play. Sport and fitness bring us together and unite us in such a powerful and profound way. I want my platform to drive positivity, unity and the overall message that no matter your skin colour or cultural background, we should all inspire one another to be the best versions of themselves. I want my platform to reflect the values and beliefs of the community I feel most comfortable in, a community that raises up those around them and gives everybody their own individual opportunity to be a champion. My future with Crossfit is unclear and depends on the direction of HQ. I will continue to stand against ignorance and stand alongside those who fight abuse, hatred and racism. 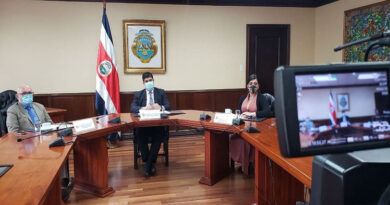