Portugal’s foreign minister has said anyone in the UK thinking of going to Portugal this summer would be «most welcome» amid coronavirus.

Augusto Santos Silva said tourists will be warned how full beaches are so that they can avoided crowded spots.

Mr Santos Silva told the BBC that an «air bridge» agreement between the UK and Portugal could be in place by the end of June.

Holidaymakers would not be subject to a 14-day quarantine under a deal.

He said any travel quarantine «was an enemy of tourism», but that he respected the UK government’s decision to enforce one on almost all arrivals to the UK from next Monday.

Mr Santos Silva said «rules» would ensure that people would be able to holiday safely.

The minister suggested that nightlife in Portuguese resorts this summer will be very limited and people would not be allowed to congregate in groups at night.

He said hotels and apartments which comply with standards set by the tourism board would be labelled as «clean and safe».

Later on Wednesday, the UK home secretary will tell MPs that a travel quarantine is needed «to prevent a second wave of the virus.»

Priti Patel will also say that «air bridges» between the UK and countries with low Covid-19 infection rates are possible in the future, so that people arriving from certain places will not have to self-isolate.

Portugal’s foreign minister confirmed talks on the matter were ongoing with the UK.

Mr Santos Silva said that he was hopeful that an air bridge between the UK and Portugal could be secured by the end of June.

But he insisted that Portugal would not impose any type of quarantine for people arriving in his country.

Instead, he said Portugal would rely on temperature checks at airports and that Portugal was, in coordination with other EU countries, considering carrying out «random testing» on passengers.

UK aviation bosses hope that a large number of air bridge agreements will be in place by 29 June, when the travel quarantine is set to be reviewed.

More tourists from the UK head to the Algarve each summer than from any other country.

But Spain, another country whose tourism sector relies heavily on British holidaymakers, is taking a different approach.

The Spanish government has said it will only allow UK tourists in this summer if the infection rate in the UK falls more significantly.

The UK travel quarantine will apply to people arriving from any country, apart from the Republic of Ireland, and will also apply to UK nationals.

People will be required to self-isolate in a private residence for two weeks.

The government says people «could be contacted regularly during this period to ensure compliance.»

The measure will be reviewed every three weeks.

When deciding whether to keep the quarantine in place, the government will consider several factors. They include the rate of infection internationally, prevention measures in other countries, the extent to which other countries with more relaxed border arrangements have seen imported cases, as well as the effectiveness of testing methods at minimising the risk of new cases of the virus entering the country.

A growing list of Conservative MPs have spoken out against the blanket travel quarantine.

However, a YouGov poll of 1,565 adults in Great Britain suggests that there is public support.

63% of those surveyed thought people should be quarantined as per the government’s plan.

Labour has questioned why a travel quarantine wasn’t introduced some weeks ago.

New figures show that between the beginning of January and the end of April, 14,225 flights arrived into UK airports. 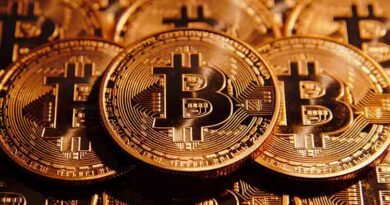