The coronavirus outbreak has been followed by a massive decline in economic activity in many countries, often blamed on the lockdowns aimed at stopping the spread of the disease and limiting the deaths it causes.

In fact, there are two forces at play.

Government rules being one, and voluntary action taken by individuals and businesses is the other.

If you want to know how quick the recovery will be, you need to know the extent of each.

To the extent that it’s driven by official restrictions, lifting them would do the trick.

But it will take more than that to reverse personal choices and habits.

That would need real progress to be made in reducing the risk of infection. Consumers, workers and employers would also have to be confident in that progress.

There is ample survey evidence of a reluctance to go back quickly to the pre-pandemic way of life.

IPSOS-Mori found a majority of Britons said they were still uncomfortable about a wide range of activities, including going to a bar or restaurant, large public gatherings, using public toilets or public transport.

This may be one reason why some venues that could reopen are choosing not to – although the restrictions they would have to operate under make it harder to earn a profit even if the customers were to return.

A substantial amount of what consumers spend is what is called social consumption, where buyers are physically close to each other – eating out, live entertainment and travel, for example.

When the virus is circulating those activities expose people to the risk of infection.

The Oxford economist Simon Wren-Lewis, who looked at the possible impact of a pandemic more than a decade ago, says the sectors concerned covered more than a third of consumer spending.

There is ample anecdotal reporting that as restrictions have eased this social consumption has resumed to a significant degree.

But is it just because the measures have been eased?

The reason they have been eased in many countries is because cases, hospital admissions and deaths have declined.

Some people – though not all – will have concluded that it is relatively safe to go out. So that might be the reason that economic activity is picking up.

Some economists have tried to disentangle the two elements.

There are some strikingly different conclusions about the balance between the two.

Research done at the investment bank Goldman Sachs looked at the relationship between stricter lockdown measures and the impact on economic activity.

Tougher lockdown measures did correlate with evidence pointing to sharper economic declines, although that research did not separate the contribution from fear of infection.

In the US one group from the Universities of Texas, California and Chicago concluded that it was mostly the lockdown.

They used data from a series of household surveys. They found that spending by the average American household fell by $1,000 between January and April.

They came to the view that lockdowns accounted for 60% of the decline in employment and that households under lockdown were spending on average 31% less than others.

They concluded «the declines in employment and spending can be largely attributed to lockdowns rather than to the share of the population infected by the coronavirus.»

But others, looking at different evidence, have come to different conclusions.

The fact that different state and county authorities imposed different restrictions gave them a way of estimating how much of the downturn was due to those rules.

They found overall a decline in consumer traffic to these businesses of 60%.

But their analysis suggested that a little more than a ninth of that was due to legal restrictions.

They also found that the extent of the declines was linked to the number of coronavirus deaths in the area.

Their overall conclusion: «Individual choices were far more important and seem tied to fears of infection».

Others at Copenhagen University used data on bank transactions to compare Denmark and Sweden, which they say were similarly exposed to the pandemic, with only the former imposing significant restrictions.

They estimated that total spending fell by 25% in Sweden and by 29% in Denmark.

They write: «This implies that most of the economic contraction is caused by the virus itself and occurs regardless of whether governments mandate social distancing or not.»

All that said, Sweden was one of the few developed countries to manage some economic growth in the first quarter of 2020, albeit just 0.1%.

Denmark’s economy shrank by 2.1% in that period.

In spite of the differences these studies all point to a contribution from both rules and choices that is substantial.

To take the Sweden-Demark study – the four percentage-point additional fall in spending attributed to the lockdown in Denmark even on its own would be seen as a substantial downturn.

Perhaps we will get a clearer picture as more data emerges with, probably, different patterns of recovery.

So far it seems clear that both factors, fear and lockdown, have contributed to the undoubted economic damage. 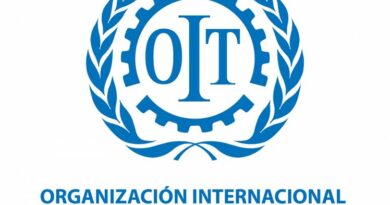 Aviation and gyms ‘ignored’ by government