Hit by the collapse in demand for flights due to Covid-19 commercial airlines have parked their grounded fleet in some of the most remote locations in the world.

Last month, Australia’s flag carrier Qantas bid a fond farewell to its last Boeing 747 aeroplane and sent it in a final flight to retirement from Sydney to Mojave desert in California.

The fleet, according to a report, had carried more than 250 million people during almost half a century of service, including Queen Elizabeth II and every Australian Olympic team since 1984. The airline also announced it had decided to store its fleet of A380 super jumbos at a facility in Mojave desert until at least 2023.

Qantas said they had planned on retiring the plane in six months but brought forward the date because the coronavirus pandemic had «decimated international travel globally».

The pandemic has forced a large number of commercial airlines to ground their fleets in a handful of vast storage facilities around the world, some located in remote, arid deserts.

These places are variously called airline «boneyards» or retirement facilities Here planes are either parked – or stored – for long periods and then returned to service, or broken up to sell their parts.

Commercial airlines often find it cheaper to park their aircraft at a storage facility than at an airport.

Aeroplanes can be stored for a long time at these locations. Experts say airlines would typically incur a monthly cost of around $5,000 (£3,882) to maintain the aircraft in a «long-term storage programme».

«Some aircraft are stored for a long period before finding a new lessee, some are stored and then used for parts, some are scrapped,» Ian Petchenik from flight tracking website FlightRadar24, told me.

Some of the more popular privately-run storage facilities are located in vast swathes of arid deserts in countries like the US, Spain and Australia.

Alice Springs in central Australia and Mojave in eastern California, for example, are two favoured locations. Other well-known storage locations are in Marana in Arizona and Roswell in New Mexico.

«Deserts offer two key components: large areas of open flat land, and climate that slows the corrosion of metal parts,» Mr Petchenik says. The low humidity along with low aerosol and air particulates in these parts help store aeroplanes for a long time.

«It was somewhat a disconcerting sight to see shiny tails of many commercial airliners glinting in the sun in the distance. All the planes have sealed off windows and engines,» said Mr Sharkey.

Aviation experts say the pandemic has forced more planes to these «boneyards» than any development in recent history. Long haul airplanes are also being prematurely retired. Last week British Airways, the world’s largest operator of the jumbo jets, announced it would retire all of its 31 Boeing 747s, 10% of its total fleet, ahead of a planned phasing out in 2024.

In April, more than 14,000 passenger aircraft – equivalent to two-thirds of the global fleet – were grounded around the world, up from less than 1,900 planes at the beginning of the year, according to Cirium, a London-based aviation data and analytics company.

Some 7.5 million flights have been cancelled between January and July and the airline industry has already suffered up to $84bn of revenue losses this year, according to the International Air Transport Association (IATA)

«This is the largest grounding of commercial aircraft ever, precipitated by the virtual shutdown of the global passenger network as a consequence of travel restrictions resulting from the pandemic and the reduction in demand for passenger air travel,» Rob Morris, head of consultancy at Cirium, told me in an email.

Airlines have faced a sharp decline in traffic triggered by global events in the past.

«But the stored ratio has never got anything close to the ratios we have seen in 2020, illustrating the scale of crisis on airlines globally,» Mr Morris said.

Delta Airlines parked its fleet at a «boneyard» in Arizona, and American Airlines flew its planes to a former military base-turned storage facility in New Mexico.

Many of the 371 Boeing 737 Max were moved to storage facilities around the world after the plane was grounded last March following safety concerns.

The Singapore Airlines group has parked 29 aircraft in Alice Springs in Australia, a spokesperson for the airline told me. The Airbus 380 appears to be one of the worst affected fleets.

«The A380 fleet is entering long-term storage due to unprecedented downturn in passenger demand,» says Mr Petchenik.

As the pandemic enters its eighth month, many planes have returned to service as airlines begin to fly again.

But some 7,600 planes, representing more than a third of the global fleet, are estimated to be still grounded, according to Cirium.

For evidence of how bleak things are still with air travel consider this: Singapore Airlines, one of world’s top carriers, is operating only 30 of its group fleet of 220 aircraft, while another 30 of its passenger aircrafts are being used to carry only cargo.

The fate of the planes at the facilities remain uncertain. Some are left to sit there. The final option is to scrap the plane and sell the parts.

«There is some element of precious metals in engines which has some value, but in many cases today the scrap value of the aircraft is minimal compared to the cost of scrapping, particularly given environmental laws,» says Mr Morris.

«Hence, many obsolete planes may remain in storage for a prolonged period».

Others are returned to service.

«These aircraft require maintenance and usually a series of test flights prior to re-entering service. The engines and systems are run often to ensure they can be quickly put back into service,» says Mr Petchenik.

More often than not, however, airline ‘boneyards’ conjure up visions of abandoned planes, which will never return to service.

Mr Sharkey met a senior manager at such a facility in Arizona who spoke about his experiences.

«A 747 came in not long ago with the newspapers and magazines all stacked neatly in the racks, and the pillows and blankets on the seats,» the manager told him.. 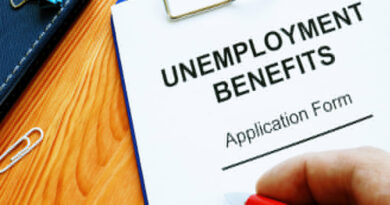