Chancellor Rishi Sunak is due to set out the next instalment in the government’s plans to help the British economy recover from the blows inflicted by the pandemic.

Already this week the government has announced new financial assistance for the arts sector and a package to promote green jobs.

Mr Sunak’s new measures will build on other steps already taken, including the Coronavirus Job Retention Scheme, some tax holidays and deferrals for business and additional welfare benefits.

But how have other countries responded to what is both a public health crisis and a sharp economic downturn?

Details of the responses vary, although there are some common objectives. Many countries have given businesses financial incentives not to make workers redundant.

There are tax breaks and loans for firms to help them contend with a collapse in revenue, and there are measures to help the most vulnerable people. Many countries have also set aside extra funds to help health systems cope with the burden imposed by the virus.

In the US, the core of the response is the Coronavirus Aid, Relief, and Economic Security Act, or Cares Act.

The International Monetary Fund (IMF) gives a figure for its total impact of $2.3tn (£1.8tn) or 11% of US annual income. It includes a total of more than half a trillion dollars extra for individuals in the form of tax rebates and unemployment benefits.

There were also «forgivable» loans for small businesses to enable them to retain workers. In effect that means grants because, yes, forgivable really does mean they don’t have to be repaid in full provided conditions are met.

There was $25bn for a food safety net for the most vulnerable, which included an expansion of the programme which enables low income people and families to buy food (sometimes known as food stamps).

Subsequent legislation also provided $100bn for additional health related spending, a quarter of it specifically to expand testing for the virus.

Germany went into the crisis with its finances having been in surplus since 2012. The crisis will bring that run to an end.

As with other countries it’s partly the automatic impact of the downturn, and partly policy choices by Berlin. Germany adopted a supplementary budget which the IMF values at almost 5% of annual national income. It covers spending on healthcare, including protective equipment and covid vaccine research.

There is an expansion of the existing system of financial support to help firms retain workers by putting them on shorter hours while covering some of the worker’s loss of income.

This scheme, known in German as Kurzarbeit, has often been credited with helping limit the rise in unemployment in the wake of the financial crisis of 2008-9.

There have also been grants to small business owners and self-employed people and interest-free tax deferrals. A subsequent package in early June added further grants for small firms; subsidies and investment in green technology and digitalisation; and a temporary reduction in value added tax (VAT).

The argument for making the latter move temporary is that it can encourage consumers to bring spending forward, perhaps to buy a new appliance now rather than wait.

France has legislated for an increase in overall spending the IMF calculates as equivalent to 5% of annual national income. And a further increase is in the pipeline.

Measures already undertaken include boosting health insurance, financial support for small businesses and self-employed people, and extending unemployment benefits that were due to expire.

Deadlines for tax and national insurance payments were postponed. There were additional plans announced for the motor industry – with car makers being encouraged to bring more production back to France.

What about the EU?

All three of these large economies – the US, Germany and France – have provided financial assistance to airlines, one of the first industries to be hit by the pandemic.

The European Union’s response is also relevant to France and Germany – in fact their leaders are key drivers of that response, although other countries such as Spain and Italy are likely to be the main beneficiaries.

The headline figure for the EU response is more than half a trillion euros. It has elements intended to help countries that are especially hit by the economic impact of the heath crisis as well as firms and individuals, with support for workers and jobs.

There is continued political wrangling about whether EU support to member countries will be in the form of grants or loans.

EU rules on government finances (normally intended to limit borrowing) and on financial support for business (state aid rules to stop unfair competitive advantages) are being relaxed to give member countries more flexibility to support their national economies.

How do the responses compare?

Comparing the scale of official responses is not a straightforward exercise. Other analyses produce different figures from the IMF.

The situation is fast moving. Some elements are straightforward spending commitments. Some are allowing people and firms to delay making payments. Then there are loans and loan guarantees.

In most cases those are likely to be temporary supports, although it is certain that some loan guarantees will have to be paid and some loans made by governments won’t be repaid. But the ultimate financial cost of this type of support is still less than the headline number.

What is clear is that by any standards, the responses have already been large in the UK and most other developed economies. 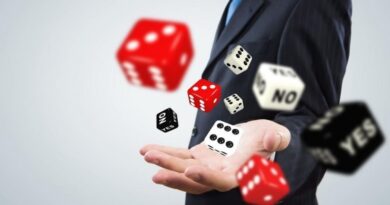 Coronavirus: Bailiffs return but are told not to shout

Livestreaming in Asia: Meet the stars of ‘shoppertainment’