Have you ever thought about owning and running your own company?

Building up a business, maybe one at the cutting edge of latest technology, creating not just jobs but well-paid, highly-skilled, careers?

The businessman has had to let 50 of his total staff of 140 go, and it hurts.

«It was, and it should be, the worst part of any director’s job to take the livelihood away from anybody, let alone somebody you’ve known for decades – let alone somebody whose knowledge and experience you value enormously,» he says.

Mr Churchill is the grandson of the founder of JJ Churchill, set up in the 1930s to build parts for aero engines.

Bombed out of Coventry during the Blitz, its founder was killed during the war when his Spitfire was shot down.

The firm survived that and more over 80 years, but this has been the biggest and deepest recession it has ever encountered.

The firm specialises in high-tech and cutting-edge components for the aerospace industry, including Rolls-Royce, but with airlines around the world virtually grounded demand for parts has disappeared.

JJ Churchill has made these cuts even though the government is paying 80% of the wages of people on furlough, and is also offering companies £1,000 for every member of staff they bring back to work and retain until the end of January.

Mr Churchill knows the work is not there any more, and thinks the recovery will take years.

With more than nine million people in the UK on furlough the huge worry is that, just as at JJ Churchill, many of those jobs won’t be there to go back to.

Many companies have already announced huge numbers of redundancies, for example 3,000 at Rolls-Royce, 2,000 at Royal Mail,700 at Harrods and 12,000 at British Airways.

It means that there are now millions of people chasing scarce jobs.

At the Alexandra pub in Wimbledon, south-west London, they recently advertised for two new bar staff and had 484 applicants, many with decades of experience in catering and hospitality.

But while times are tough for those in work or looking for it, one part of the workforce is being especially hard hit – the young.

The number of new apprenticeships has halved and in small businesses they are down by 80%, while existing apprentices are losing their jobs.

The young are also being hit in other ways, already almost a third of all graduates don’t get graduate level jobs when they leave university.

Lorna Ramm is leaving Edinburgh University with a degree in linguistics and English language and hopes to get a job in financial services or management consulting.

«It’s hard,» the 22-year-old says. «I’m acutely aware that it will take me a long time to get to the professional level that I might have been pre-Covid.»

That’s because not only are opportunities drying up, but next years’ graduates will also arrive on the labour market come what may.

Competition for places is going to get tougher and tougher, including for those who were already unemployed before the coronavirus struck.

Shula Jenkins, 25, from Southampton, was doing work experience at Marks & Spencer through the Prince’s Trust when Covid-19 shut down UK High Streets.

«I was disappointed,» she says. «I understood the situation but I was sad that it was cut short.

«At the moment I’m trying to figure out what my next steps are as… it doesn’t seem like I’m going to get back to M&S at the moment because they’re not hiring any staff.»

M&S is to cut almost 1,000 jobs, and if and when they do start recruiting again, there will be no shortage of unemployed shop workers with excellent CVs looking for work.

The government’s own financial watchdog the Office for Budget Responsibility calculates unemployment could peak at close to 12%.

So what can the government do?

As well as extended furlough scheme, and job retention incentives, there is a kickstart scheme which will pay employers to create work placements for 16-24 year olds.

Firms in England will also be given £1,000 for each new work experience place they offer, and there are plans to train many more career advisors.

Unions and charities have called for an extension to the furlough scheme until next year and for the government to pay at least half the wages of all apprentices. Others want to see government grants to encourage people to start their own business.

But no matter how good and how long the furlough scheme is, plus whatever else the government can do to stop the loss of jobs, it knows more must be done to provide new training and skills for millions of people to get them back to work.

«The worst recession has typically knocked about 4% off demand,» says Andrew Churchill.

And Mr Churchill says it will be hard for those he has had to let go.

«They’re great engineers,» he says. «They may be able to find work in other engineering sectors.

«But in their sector, the sector they’ve grown up with, the sector that their experience resonates with, which is aerospace., those jobs are going to be like hen’s teeth.»

The government can retrain, educate and support people, but what will create jobs is demand for their labour.

Previous recessions have shown it can be a painfully slow process, geographically uneven, and often means millions of people taking less-skilled, less well-paid work because it is the only type around.

You can hear Jonty Bloom’s full Jobs Challenge report on In Business on BBC Radio 4 at 2030 on Thursday, 30 July, or at 2130 on Sunday, 2 August. Or download the podcast. 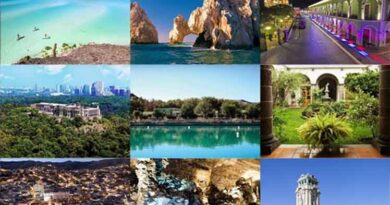