Virgin Atlantic has filed for bankruptcy in the US as the global aviation industry feels the impact of the coronavirus pandemic.

The UK-based airline is seeking protection under chapter 15 of the US bankruptcy code, which allows a foreign debtor to shield assets in the country.

It is the second Virgin-branded airline to struggle this year. Virgin Australia went into administration in April.

Virgin Atlantic’s US bankruptcy court filing said it had negotiated a deal with stakeholders «for a consensual recapitalization» that will get debt off its balance sheet and «immediately position it for sustainable long-term growth».

The move comes less than a month after the company said it had agreed a rescue deal worth £1.2bn ($1.6bn) to secure its future beyond the coronavirus crisis.

The billionaire Virgin boss had a request for UK government money rejected, leaving the airline in a race against time to secure new investment.

The US filing is tied to a separate action filed in a British court, where Virgin Atlantic obtained approval on Tuesday to convene meetings of affected creditors to vote on the plan on 25 August.

In May, Virgin Atlantic, which is 51% owned by Virgin Group and 49% by US airline Delta, announced that it would cut more than 3,000 jobs in the UK and close its operation at Gatwick airport.

Meanwhile, Virgin Australia’s new owner, the US private equity group Bain Capital, said it will cut 3,000 jobs, which is about a third of the airline’s employees.

«Working with Bain Capital, we will accelerate our plan to deliver a strong future in a challenging domestic and global aviation market,» Virgin Australia’s chief executive Paul Scurrah said.

The following month it was bought by Bain Capital, which said it supported the airline’s current management team and its turnaround plan for the business.

Bain also promised a «significant injection of capital» that would help Virgin Australia recapitalise and retain thousands of jobs.

Carriers around the world are struggling as they deal with the severe plunge in air travel caused by the coronavirus pandemic.

The International Air Transport Association warned in June that the slump will drive airline losses of more than $84bn (£64bn) this year. 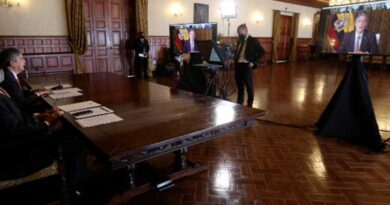