The aviation and holiday industry are due to hold urgent talks with government this week in a bid to bring coronavirus testing to airports.

Companies say testing could end quarantine restrictions and save what’s left of the key holiday season.

It is hoped that Covid-19 testing could be introduced at UK airports by the start of September.

Negative results would free travellers from quarantine rules when arriving in the UK from high risk areas.

Sources at a steering group that is in talks on behalf of the industry say that once the government is happy that the Covid-19 test results are of a verified and of a certified health and scientific standard, they could then be used.

The Polymerase Chain Reaction (PCR) swab test that is proposed in airports is the type in operation at NHS facilities across the UK.

Nurses would carry out the airport swab tests at clinics run by medical firm Collinson. The company has said previously the trial is about «modifying» the quarantine.

Passengers would pay for the tests themselves. A negative result could take as little as five hours, but the aim would be to notify every participant within 24 hours.

Sources who have spoken to the BBC have expressed their frustration at the slow response of government to make testing in airports happen.

The holiday and aviation sectors has been crippled by the pandemic. Tens of thousands of jobs have been lost at airlines and handling companies as the skies closed for months.

The lucrative transatlantic route between Europe and North America is seen as crucial to trade and holidays.

On Tuesday, US Vice-President Mike Pence called for a unified approach to airport testing to get people flying again and allow travellers to be freed of quarantine restrictions.

Those close to this new steering group expect that routes from specific cities in the US to London could be prioritised because of their importance to trade, such as New York or Dallas.

Major tour operators such as TUI and Jet2 restarted their holiday operations to popular European holiday destinations about a fortnight ago. Numbers were down on the previous year but they have seen some demand bounce back.

But there are now major worries about the coronavirus infection rate in Spain.

Earlier this week, Spain’s north-eastern Catalonia region recorded a daily Covid-19 infection figure of more than 1,000, leading to new new restrictions. And at the weekend residents in Barcelona were advised only to leave their homes for essential trips.

Regional authorities on Spain’s Balearic island of Majorca on Wednesday ordered the immediate closure of bars on three streets popular with hard drinking tourists to limit the potential for coronavirus outbreaks.

Concerned that many tourists are not respecting social distancing guidelines, authorities elected to close the venues on the Platja de Palma strip in the capital Palma, and at Magaluf, a favoured haunt with young Britons.

If public health measures meant that Spain is re-categorised and taken off the quarantine-free travel list, it would pose tremendous problems for the aviation industry.

One leading voice in the sector said «this industry relies on Spain, take it out and there will be major problems».

The source said the industry was worried about what would happen to the thousands of UK holidaymakers who are currently in Spain and whether they need to quarantine on return.

The travel sector is also concerned that those who are booked to travel in coming weeks could get cold feet and begin a second avalanche of cancellations and refunds.

These problems could be negated with the acceleration of a rigorous testing programme in airports, something the aviation industry has been pushing for for months.

Despite criticism of the government’s quarantine scheme and its impact on the travel industry, ministers have insisted that public health must came first.

Coronavirus: Government under fire for cheap loans to big firms 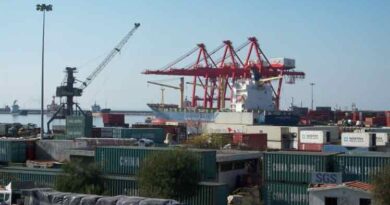